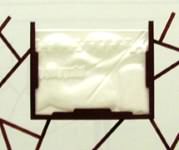 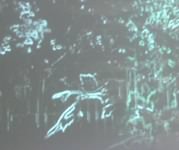 The Projection Project: Budapest episode investigates how art offers alternatives to the projections we are faced with every day: a dominance of phantasmagorical image-making, of images carried by state of the art technology and sustained by politics, commerce, and the entertainment industry, that rises above everyday reality.

Projection often occurs in all kinds of formats in the practice of art and in the discourse about visual culture. The many meanings of projection are the result of a development in which various, sometimes very different fields of knowledge interact: physics, geometry, cartography, optics, psychology, the fine arts and show business.

The concept of projection has not been explored as a topic of an exhibition very often, perhaps because of its complexity; it unites mathematical and cultural visualisation, and actions of both the unconscious and active consciousness.

Projection is an old process, but it is also continually being transformed. A fascination with the projected image and with the context in which that image is experienced connects the artist of the 21st century with the the artist/ artisan of the 19th century. However, in todays media landscape another paradigm is manifest. With the digital revolution, traditional methods like slide and film projection are becoming obsolete.

The historical bankruptcy of projection as a technology means that we have come to a point at which projection can be thought differently. In this period when projection is losing its technological usefulness, the very term can regain its allegorical meaning. It is our hypothesis that today artists are again addressing the artistic potential of the concept of projection. One way in which they do this is through a re-evaluation of the implicit ambition of the term: projection as a project, a visionary image, a reflection on the future.

The Projection Project: Budapest episode arrives in Mücsarnok from MuHKA, the Museum of Contemporary Art in Antwerp, Belgium where it opened in December 2006. The display of works is a dinstinctive international selection, and the result of two years of research by curators Edwin Carels, Mark Kremer and Dieter Roelstraete. Conceived as a project open for change and development, the Budapest stage of the exhibition is enhanced with the participation of Hungarian artists.