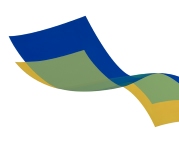 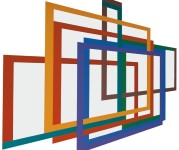 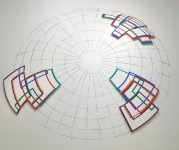 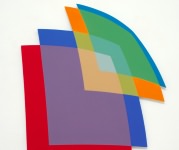 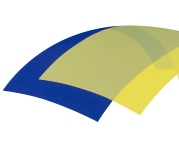 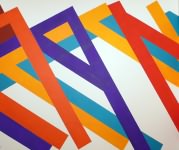 Since the 1970s, Dóra Maurer has been one of the dominant figures of the Hungarian art scene. In addition to her creative work, she has been a major influence on her peers as an active and energetic organizer and, since 2003, a teacher.

She works in several fields: in addition to paintings she has produced graphics, photographs, films, collages and installations. Works making use of geometry, colour theory and perception theories are actually playful experiments reflecting the attitude of the informed observer.

Her artistic method frequently involves setting up a model situation and then permitting the players (materials and forms) to work on each other. Sometimes, she performs a transformation on the outcome and lets the process run again.

She "just" calls her paintings quasi-pictures. She says about her work: "There is within me some antipathy to the ready artistic products of our age. They have what I feel to be a useless durability... Actual implementation cannot have a final significance."

The retrospective exhibition starts off with works displaying the influence of conceptual and geometrical composition, and then presents whole series of works, in a way intended to convey an unfolding art-form diversity and emergent seriality.

The works on display give a clear view of the trends in Maurers work: the distortion and virtual spatial inversion of frontally-approached surfaces and the curving of the plane.