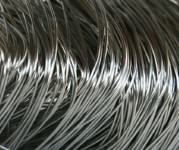 The project we propose to Liget gallery is a result of working together around a question: How to adapt to a city? Both foreigners, a french and a finn, living in Budapest since 2 years, we started to approach the city by taking measures of the environment we live in, on purpose to transform our everyday surroundings to an experimental playground.

We proceeded by the experiences like measuring the width of Danube with a wire, measuring the length of streets in order to scale them on the bobbins of sewing thread and transforming the facades of some buildings to the transportable placards.

The three works that we would like to exhibit in the Liget Gallery suggest an embodiment of a city through following poetic objects.

The line of Danube is the result of an action on 30 August 2008 on the Erzsebet Bridge, when we pulled a wire from one end of the bridge to another. The work that we would like to exhibit consists of a serie of 15 photos taken during the action and the wire (397 m) rolled around a piece of cardboard.

The street bobbins is an accumulation of 30 bobbins of sewing thread placed on a shelf. On the every bobbin is marked a name and lenght of a budapestian street. The thread rolled on the bobbins is scaled on the real measures of the streets presented.

The windows is a serie of 5 wooden placards of variable dimensions, presenting the facades of buildings.Windows of buildings are cut out of wood and the handles are fixed to the placards so that they can be carried. In the exhibitions the 5 placards would be placed against the gallery wall.