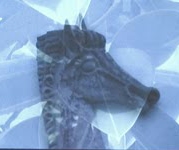 This exhibition tries to make a double reading on the city. Things Standing Still tries to make present the idea of something having an effect without us knowing.

The show is organized in two parts: the first one, a video, which gives the title to the show, is a compilation of the particular imagery seen in the Portuguese modernist neighborhood built during the 40´s in Lisbon.