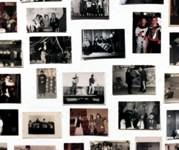 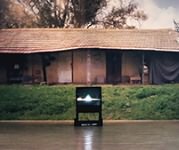 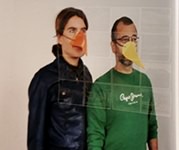 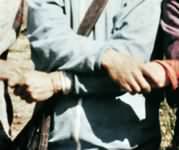 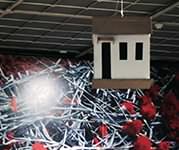 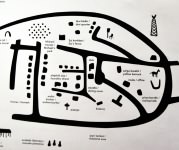 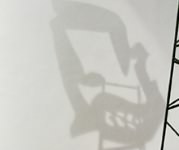 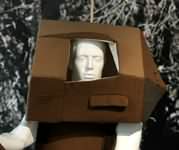 Israels best-known kibbutz was founded near Tulkarem - bordering the territories occupied during the Arab-Israeli war, belonging to the Kingdom of Jordan - by young Hungarian survivors of the Holocaust.

It was named Yad Hanna (Hannah Memorial) in homage to the heroic memory of Hanna Szenes. The founders of the kibbutz - officially established on April 10, 1950 and famous for its committed leftism - also included the younger sister of Gergely Lászlós maternal grandmother as well as her husband, who are still among the hundreds to live on the premises of the once exemplarily managed settlement. Having made a number of visits to Yad Hanna in the past 15 years, Gergely László witnessed the cessation and transformation of this "ideal" (and utopistic) form of communal existence which was so defining in terms of the establishment and development of Israel.

The Yad Hanna - The Collective Man project is the reconstruction of the (hi)story of a community, which presents the richness of its differences, patterns and identities - which continued to exist even in conditions of uniformization and which became determining factors with the change of those conditions - in the context of personal and collective memory.

The exhibition in Ernst Museum systematizes the results of years of collection and research. The reconstruction of the thus-far unexplored story of the Yad Hanna Kibbutz, with its kaleidoscope-like juxtaposition of numerous points of view, (life) stories, and confessions, also contains a presentation of the process of research and documentation.

In his project, Gergely László organizes the various phases and materials of archival, photographic and filmic exploration into a number of chapters/units according to specific key words and themes. The project material includes: an archive of photographs collected in the kibbutz, personal and official letters and documentation, excerpts from archival documentary-propaganda films, as well as Gergely Lászlós photographs and short films.

A further separate unit is composed of those amusing performances and cabaret numbers that the dwellers prepared for the most important celebration of the community, Purim.