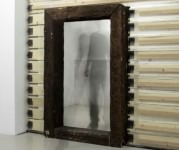 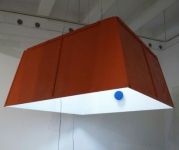 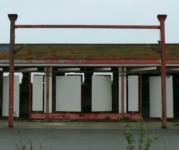 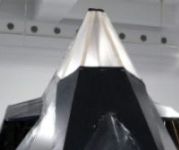 This group exhibition shows large scale installations of slovakian and hungarian artists which analise the anti-utopian aspects of the regions locality and present. The displayed works create an ironic relation towards the provinciality of the often fictional eastern-european identity, but dont deny their site-specific locality.

On the contrary, the exhibition states that the common visual language of eastern european art could be based on motives what can be described as "garage-aesthetics", "homemadeness", "tinker-culture", and "do-it-yourself character", which are already parts of the regions surpressed cultural identity. These attributes - otherwise often used with negative connotations -, in the context of this exhibition refer to the "handymen", romantic and humanist attitude of the exhibiting artists.

Speciality of the exhibited installations is that there is a discrepancy between the material, the form, the shape, and the (imitated or real) function of the artworks, which create an interpretational play. Wood is the most frequent material of the installations; the high-tech or the imitated high-tech soultions applied by the artists overwrite the rural and the provincial texture of the basic material.