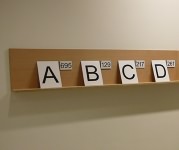 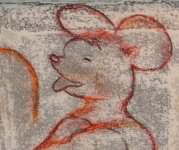 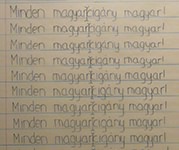 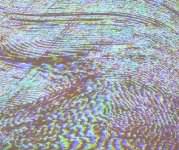 This group exhibition introduces works that suggest new and cheeky subjects from four "unruly", genre-defying Hungarian artists, who work through shared (neo)-conceptual positions. The exhibitors experimental ethos has a crucial significance in terms of the style of Hungarian contemporary fine arts, even though the artists themselves mostly operate on the peripheries of the institutions, in a forced, rather than chosen "shadow-like" role.

The central motif of Kalifornia is the conceptual language used by contemporary visual arts " the works are exposed in the confrontative dynamics between the comprehension and incomprehension of this language: the deconstructive artistic operation of the exhibitors accumulates a mass of visual and verbal signs, nominators and meanings in their works by snuffing out the reassuring, comprehensible messages. At the same time, the works which were tactically disseminated in their unraveled forms throughout the exhibition space create an interaction in an entirely new and liberating way, according to a new code of shape, language, and method and whisk away their recipients to an entirely uncharted terrain.