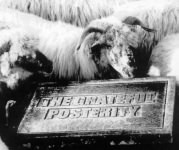 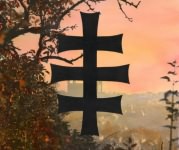 Do contemporary artists still dream when the biggest challenge for visual art is to produce vigilant reactions on the social and political reality of the present?

The goal of the international group exhibition is to show possible answers for basic questions, which try to find out, if it is possible to produce art, which reacts on the social reality, but goes beyond the notion of the document, and documentarism - and beyond criticalism as method as well, which became a more and more static aestehtical form.

Are such realms really totally exploited as the visual language of surrealist film, with its confrontative system based on associations, or the absurdely co-ordinative constructions of collages, or the poesis of conceptualism, or the performativity of public actions?

The other aim of the exhibition is, to construct a mental collage - expanded in the gallery space - of the Eastern-European identity, which can be described only by a more and more complicated formula.

Thus the set of the exhibited artworks reflects on the process, which mixed up the main and forever lasting exotic feature of the region: the post-communist transit-state, with the neoliberal economic world order, which suffers critical blows and cracks in the present day.