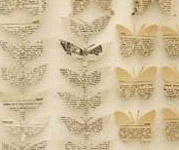 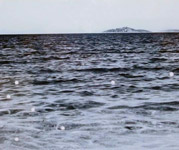 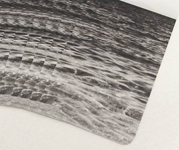 Hajnalka Tarrs works are experiments in capturing the ever changing concept of art, as well as in expressing her own personality and artistic attitude through the filter of personal experience. The majority of her works are best characterized as projects, since, to her, the process of making art is at least as important as the resulting artwork.

The material featured in her exhibition entitled Can't Get It engages the problematic of subjective attention, interpretation and perception versus reality: where is the meeting point between the subject and the world of phenomena? Things and what we think about them are not one and the same; the dimension of forms as perceived by our senses generates the thoughts we experience as reality. The exhibited works aim to explore the spectrum that ranges from the reflex for direct, intellectual interpretation  which operates with definitions  to intuitive cognition.

In her displayed works, Hajnalka Tarr utilizes tools that, according to consensus, serve the description and interpretation of reality. The central piece of the exhibition is a butterfly collection consisting of 12 boxes (80x100 cm each), whose variously shaped specimens are cut-outs from the pages of the Concise Hungarian Explanatory Dictionary. The dozen boxes together form a sentence made of butterflies: Cant get it. The work points to the nature of the phenomenal plane  because of its constant changeability and conditioned quality  as ungraspable along the lines of definitions and rational interpretation, even if these methods are necessary and of great use to us in finding our way in the world. In speaking of her work, Hajnalka Tarr points out: Rational interpretation in itself is unsuitable for grasping things in their wholeness just as collecting butterflies and impaling them on pins will not cause us to possess butterfliness.