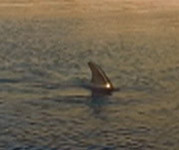 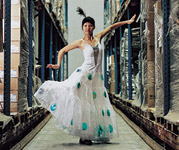 n considering the urban space, the environment that results from human intervention, as a system, the variable that characterizes its degree of disorder  the entropy of the city  is also determinable. The occurrence of events that cause interference in the system leads to an increase in entropy, e. g. in Clemens von Wedemeyers video installation, a museum is on fire. The degree of entropy is smaller if the outcome of the unfolding scenario is predictable, as in the case of the never ending, Sisyphean struggle of the Volkswagen beetle against the hill, which towers above it in Francis Alys work.

The works of contemporary video art presented at the next exhibition of Mûcsarnok/Kunsthalle Budapest commemorate real or virtual urban spaces. The selection of artworks from world renowned artists explores the city and the built environment, as well as the often tense, conflict-ridden, and paradoxical relationship of society and the individual to these.

The Julia Stoschek Collection is an international private collection of contemporary artwork, with its primary focus on time-based media. The collection, which was made public in 2007, mainly contains video works, installations and photos by internationally acknowledged artists. Each year, new works are selected from the collection and put on view in the exhibition space at its location, in Düsseldorf, as well as at outside venues. After the Mûcsarnok exhibition, the material will be presented at the Zentrum für Kunst und Medientechnologie (ZKM), in Karlsruhe.

Mûcsarnok is the first to exhibit the iconic pieces of the Julia Stoschek Collection in Central Eastern Europe. The fresh, large-scale installations and projected images of the exhibition reflect on the present and bring into view individual details of contemporary urban existence. The works expose the unfolding of nature under human influence through video footage shot in such locations as Cyprus, Germany, Mexico and the United States, as well as in virtual spaces.