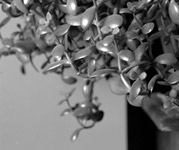 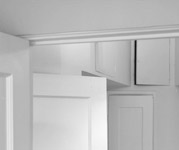 On the occasion of the 5th anniversary of the opening of the Ani Molnár Gallery, Dénes Farkas, the exhibitor of the Estonian Pavilion of this years Venice Biennale, will present his new, site specific installation.

Farkass fundamentally structural thinking, an approach that derives from his brief studies in architecture, is reflected in his post-conceptual works and installations. Although he graduated as a graphic artist and a photographer, Farkas primarily creates installations; his works show the influence of Joseph Kosuths conceptual approach.

In his photographs and contemplative spatial compositions, in which he uses expressive tools reduced to a minimum, he deals with social questions and questions of identity (for instance democracy, discipline, and even religion). He complements this in his most recent works by addressing the problems of language, meaning, and other epistemological inquiries.

The installation  entitled Credo -, which was planned for the Ani Molnár Gallerys exhibition space, addresses questions pertaining to religion and faith, although Farkas approaches these issues from the viewpoint of a non-believer. The point of departure for his work is a 1982 interview with Isaac Asimov entitled On Science and the Bible.