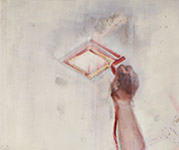 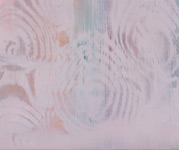 With a focus on the recent past, the exhibition provides an overview of Attila Szûcss achievements as a painter. His latest pieces are at the center of the display comprising nearly 100 works, their thematic and technical characteristics serving as a basis for the presentation of the complete ouvre.

The ghosts of the past, that is, the phantoms of history and the reminiscences of art history have always played a determining role in Szûcss art. The post-conceptual and post-medial painting of his is still haunted by one of the basic problems of Conceptual Art and Modernism: the inextricable interconnectedness of tangible reality and its various representations.

Szûcss body of work evokes the philosophical questions of Conceptual Art pertaining to the role of art in society, and it comments on the visual culture of Modernist painting (Abstract Expressionism, geometric abstraction) dedicated to aesthetic autonomy. With each of his works, Szûcs attempts to give aesthetically and politically thought-provoking answers to diverse groups of intellectual and material problems, which guide the eye from cultural remembrance, personal memories, as well as the media-influenced visual documents thereof all the way to the material aspects of colors and lights.

In a number of his works Szûcs features well-known historical figures like Nikola Tesla, Miklós Horthy, Buster Keaton, Adolf Hitler, and János Kádár, at the same time seeking to reinterpret these personalities with the tools of painting. The famous and lesser-known people in his pictures are usually hard to grasp and mysterious, that is, ghostly, even in the Freudian sense (unheimlich) because most of them are captured in unbounded and desolate spaces, loitering in an unusual way.

Szûcs enhances the ambivalence in the characteristic blurriness of the figures and the space with tricks relating to both technique and composition, which are based on the physiognomy of human vision (blind spot, stereopsis). Manifested in experiments of form, his themes often bring to mind powerful historical allusions, which in turn can also invoke the specters of Marx and Derrida, and the phantom-like, volatile notions and figures of communism and capitalism, all of which continue to have a considerable influence on the cultural life of post-Socialist Hungary and the whole of Europe, as well as their relation to the past.