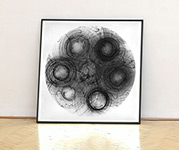 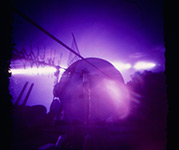 The Intermedia Department of the Hungarian University of Fine Arts was established between 1990 and 1993, in parallel with the historical/political transformations that were taking place in the region, and largely as a result of the demands of the students.

The development and realisation of the Intermedia Program's curriculum was started by János Sugár, the current head of the department and Miklós Peternák, the curator of this exhibition, cooperating closely with the students.

The initial period of the department was most like an experimental workshop; the teachers, who were prominent Hungarian representatives of contemporary culture, trained the students following a flexible syllabus. In the complex educational program, great care was taken to organise special art events as well as to invite international lecturers and artists.

In addition to social changes, the history of the intermedia specialisation is also in parallel with the spread of the Internet and interactive techniques, the total and global transformation of communication and imaging devices, the technical media as a whole.

From the very beginning, the Intermedia Program has considered its task to expand art education to art forms and art techniques that first appeared in 20th-century fine art, such as photokinetic and electronic arts, multimedia, installation and action arts, as well as new communication techniques.

The distinctive feature of the Intermedia Program is that the use of any technique, method or medium suitable for artistic expression is permitted. For this show we have chosen the medium of the film, the moving image as the central element, as the most radical transformation of the last three decades can be attributed to it.