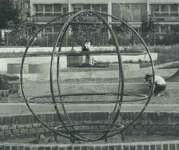 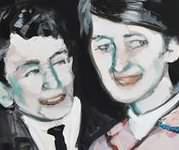 The group show Loophole to Happiness takes as its starting point the existence of loopholes on the margins of social and economic systems that enhance personal freedom and offer the potential for pleasure and fulfilment.

The exhibition examines the possibility of imagining exceptions, finding escape routes and evading the smooth surface of the neo-liberal capitalist order from the particular standpoint of workers resistance strategies in socialist Eastern Europe.

Loopholes in the rules and rationale of the contemporary social and economic order are discovered in unexpected places, from painterly evocations of social celebrations during communism, to meditations on the freedom of play in public spaces enjoyed before the advent of risk society.