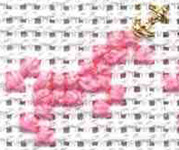 The exhibition  Unicorn is more than Nation deals with the virulent topic  nation. The artists elaborate the issue partly in a fundamental, partly in a humorous way.

The exhibited works reflect different forms of the legitimation of nationalist ideologies. On the one hand its history and how it can be constructed, on the other hand the folk traditions and folklore, which have the power to appear timeless and native thanks to the preservation of the same forms.

An important part of the national consciousness are symbols which comprise a sacred value, but which are ironised and demythicized by the artists. Several works challenge the ideologies, which seem to be universal and to which nationalism belongs too. Resistent movements, riots, protests and demonstrations are essential here.