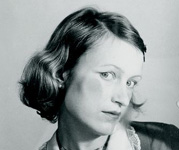 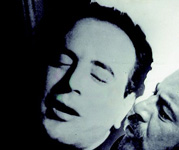 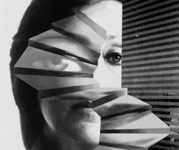 The human face is simultaneously viewer and viewed, but mostly the latter: even our own faces are only accessible for us when seen from the outside, mirrored by some external object. The face is the most important part of the human being from the metaphysical, ethical, semiotic and artistic points of view: the face has the power to create whole universes.

The portrait is one of the most influential genres of fine art: traditionally its aim is to represent the human face, to depict a persons appearance and personality. Though this definition of the genre may seem simple, the last decades have not seen many significant artworks that would fully suit its prerequisites.

Apparently, this kind of representation falls outside the scope of contemporary art: today the represented face is much more a means of expression than in previous times of art history.

These are the fundamental questions of the exhibition Through a Glass Darkly which also wishes to pay homage to the memory of the art collector and museum-founder Lajos Ernst on the occasion of the one hundred year anniversary of his museum. First and foremost, Ernst was a collector and exhibitor of portraits: during his leadership, the permanent exhibition of the Budapest Ernst Museum consisted mainly of historical portraits of poets, artists and public figures.