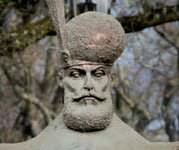 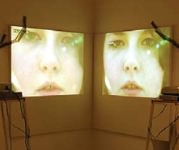 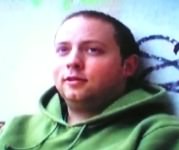 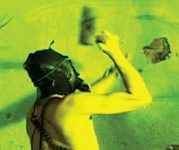 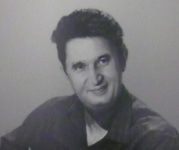 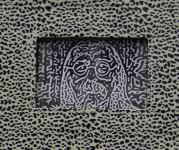 The utopia of locality

In the past few years one could attend following the discourses of contemporary art, that there has been a change of perspesctives what are turning away from colonisation based globalism towards locality. This modus of perception revalues the different contexts of locality, in order to create an intercultural dialogue, with the help of making people understand the problems of local societies, which always have been merely uninteresting from a global point of view.

Its a crucial terminological issue that we separate provinciality and the notion of the provincial from locality. As the spring and the spark of provinciality is to defend its statusquo, what is dictated by obsolete and unsustainable systems, which only try to conservate themselves. On the contrary the progressive tension of locality is aware of its embedness in artistic, historical, cultural, social and political structures. And while the local is able to face History, the provincial tries to forget it, furthermore it tries to escape historical time, and tries to avoid the outside world in order to defend itself. With the establishment of discourses of locality phenomenons, such as Hungarian art coming beyond Hungarys borders, can become more and more interesting, while until now they have been overwhelmingly negliglated by the institutional structures what create the canon.

The big potential of being a minority is that one can melt the discourses of the majority with its own, with the multifunctional use of communication channels. Thanks to this simple, but dialogical value-surplus, Hungarian art can become more complex and more progressive. Art dealing with dominantly monological discourses, such as the Hungarian until now, has always risen from the experience of living in a country which is not facing mass imigration like more western countries. On the other hand unfortunately Hungary has also found its own ethnical interior conflicts.

Post-colonial discourses can be hardly imported and translated to the present situation in Hungary. This is one of the reasons why does Hungarian art from beyond the borders of Hungary fell into the blind spot of representation. This very present exhibition on the other hand proves that there are relevantly active Hungarian artists beyond Hungarys borders as well. The exhibited works wont match the dominant stereotype that the imported Hungarian art is obsolete in its use of medias and topics. The curators - although couldnt make an encyclopedically absolute coverage - try to articulate actualities with the works of the invited artists.

Its really important, that some of the works reflect on the symbolical occuaption of space in our environent and politics - as does József Bartha in his work entitled Friendly Match, where he swaps Hungarian and Romanian public sculpture in Transylvania, thus he tries to point out that the cultural meaning is only secondary correlated to the primary political in our region. Arnold Estefan also explores a possibility of a unique remix in his video, where he translated the Seclar Hymn - on of the strongest Hungarian national symbols - to Romanian and then back to Hungarian. István László filters the visual culture of the regional 80s and 90s through his works, in which the Romanian Revolution - as one of the first entirely medialised in its kind - has a central role. József Bob considers his installations in this frame as medialised performances.

Attila and Agnes Evelin Kispál, who previously already fabricated mapwallpapers  which can be interpreted in this context as well - of closed circuit countries which have only a border with themselves, also quote the ability of public space to become political in their exhibited project. The graffiti collages of Géza Ricz also operate with street-art positioned outisde the boundary line. Roland Farkass and Henrich Boráross collective installation intimates political ping-pong matches going on in the background. The artists who have already worked together on many occasions, have previously even been able to make a helicopter appear from nowhere in an exhibition space.

To exaggerate a bit, Péter Rónai and György Bartusz also work with conceptuality "doomed" to be progressive and a bit underground until the end of time, and they create series of artworks with loads of humour and irony. The rubber-sculptures of Róbert Farkas can even make us associate to the elastic and flexible form of a minority.

Monty Cantsins bloody and medialised body-art together with Ivan Ladislav Galetas works, which are exhibited in Videospace Gallery what also hosts a programme of the Biennale, speak the universal language of conceptuality and intermedia. And for the exhibitions of János Tarkó held in Fészek Klub and Mészáros Krisztinas held in Magyar Muhely Gallery - borrowing the latters title - one world isnt even enough.