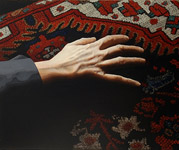 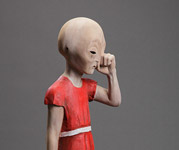 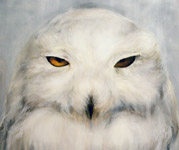 A common denominator of the works in the exhibition is the ever-changing concept of the human, or rather the transformations the image of human existence underwent during the 20th Century. This process has been greatly affected by the interconnected development of optics and epistemology. However, optics is not considered solely as a technological science, but rather as a technical and conceptual apparatus that at the beginning of the 21st Century depicts images of the human body and of the human soul residing in it (for instance in series such as CSI: Crime Scene Investigation, Dexter and Lie to Me). Regarding epistemology, it is worth focusing on the discourse represented by philosophers (ranging from Michel Foucault to Katherine Hayles) that has sought ways to adapt notions of the human and humanity to the latest developments in medicine, biology, informatics and cybernetics. Nowadays this discourse is often referred to as post-humanistic, since unlike Humanism, instead of addressing the essence of the human and human nature (understood from the perspectives of biology and psychology), it centres more on boundaries and transitions, liminal dimensions and manifestations of hybridity.

Yet, the works of the exhibition are permeated more by optics than by epistemology. The art pieces reveal  and they reveal perhaps more spectacularly than anything else  which kinds of pictures and narratives the artists used when creating their heroes and, in doing so, themselves. The overture of the exhibition already conjures the world of the screen: the inspiration for Gábor Fülöps uncannily realistic UFO-children was the television series The X-Files, while Márta Czene employs the pictorial adaptation of Roman Polanskis Repulsion to construct images of her own body and psyche. At the beginning of the exhibition, Fülöp and Czene also put into play the concept of naturalism through the visuality of wood sculptures and photographs. The optical perspective becomes even more complex in the works of Eszter Szabó and Éva Magyarósi, who use their own drawings and water colours to produce animated films with a personal tone.

Seen from the perspective of film, Ágnes Verebicss and Zsuzsa Moizers paintings, which attempt to depict the physical and psychological boundaries of the self, also have Gothic overtones and remind one of Gothic novels and mystical films. Conversely, Csaba Kis Róka uses more the context of the slasher horror film than that of the psycho thriller, which he then aligns with the colourism and the body images prevalent in the painting tradition of Romanticism, while the phallic symbols of his works connect him to psychoanalytic theories. Seemingly one can connect the plastic art of Barna Péli to the world of shattered bodies as well, but like the customers of Eszter Szabó, his deformed figures scrutinize the effects exerted by capitalist dynamics on the human subject. One can trace a more playful and at the same time more aestheticized approach to the same question in the works of Gergõ Kovách, but his humanoid animals are just as spectral as Verebicss compositions or Géza Szöllõsis at once absurd and horrifying specimens.

Concepts of humankind accentuated in dioramas by István Máriás a.k.a. Pista Horror and László Karácsonyi also oscillate on the verge of humour and horror, as these artists investigate age-old questions of human nature from a mythological as well as from a paleontological perspective. Karácsonyis mythology ranges from Christian Bestiarium Vocabulums to contemporary comic books. Moreover, some of his figures also have political connotations  a feature that is characteristic of Kis Rókas and Fülöps humanisms as well. From here it is only a short step to arrive at works that reflect on the concept of the author and authorship, such as some of the art pieces by István Nyári, László Gyõrffy and Magyarósi, who incorporate into their works direct and ironic references to the identity of the contemporary artist. And this step closes not only the exhibition, but  figuratively  also a vicious cycle, since artists investigating contemporary notions and possible positions of the human subject are compelled to face the fact that the present-day image of the subject can indeed be shaped and (de)formed through their own imaginations and characters.