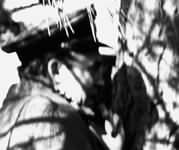 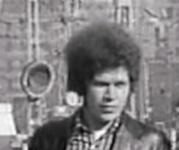 For the first time in Hungary the contemporary art initiative, tranzit.hu and the Institute of Contemporary Art  Dunaújváros present a selection of artworks from Kontakt. The Art Collection of Erste Bank Group. Dunaújváros  in terms of both its historical references and the social processes that have been taking place since the political change  promises to be an interesting setting for presenting this collection, which incorporates conceptually and socially committed works of art. In the city centre of the socialist urban utopia, planned from scratch and once referred to as Stalin City the political and ideological system that restricted artists to secondary publicity in the 1960s, 70s and 80s is open for re-discussion. The collections newly acquired pieces by Hungarian artists furthermore direct our attention to the local aspects of individuals social responsibility.

The Kontakt Collection builds on the conceptual art of the 1960s and 70s in Central-Eastern and South-Eastern Europe, was founded by the Erste Bank Group in 2004 in collaboration with an international board. In addition to historical works, the collection concentrates on the contemporary manifestations of the conceptualist tradition This activity also aims to save values that the art history of the featured countries (Austria, Czech Republic, Slovakia, Hungary, Poland, Croatia, Romania, Slovenia, Serbia, Montenegro, Bosnia-Hercegovina)  and, thus, their politics of public collecting  does not adequately represent the neoavantgarde positions, which had earlier belonged to the forbidden or tolerated category. The exhibition of the collection creates an opportunity for a comparative analysis of the art of the region, which, to this day, is characterised by homogenising gaps of knowledge.